This event has already taken place! Please make sure you are in the correct year. ×
Sep
12
Thursday
Sep
12
Thu 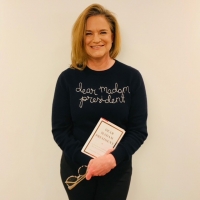 Carroll College’s Gender Studies Program and the Departments of Political Science and International Relations and Languages and Literature are hosting political and communications strategist Jennifer Palmieri on campus, Thursday, September 12 at 7 p.m.

This event is free and the Helena community is encouraged to attend.